10 Reasons to support an Independent Scotland

There are plenty of reasons why you should vote YES at Scotland's next Referendum for Independence. After all it's very fulfilling, enjoyable and rewarding to support a positive campaign focused on opportunities and a bright future.

Finally Scotland will be able to take responsibility and get the opportunity to make changes that can benefit all Scottish people. The Scots can do what they do best and create a fairer nation. Scotland is a caring nation with great hospitality and incredible sense of humour.

Below is a selection of the most heard reasons, comments and opinions from Yes-voters. If you agree with most of these reasons then make sure you vote YES at Scotland's next Referendum for Scottish Independence.

1. Scotland should have the right for self-determination

You want the right of self-determination as a Scottish citizen, so we can decide Scotland's future together instead of being subjected to the fate of Westminster? Who better would be able to look after Scotland's needs than a local government with all the governing powers at country level.
It doesn't make sense that a parliament in England can overrule the Scottish parliament on virtually anything and there is a looming threat that the Westminster could disolve the Scottish parliament at any time.
Find out more: Scotland's Future and Scotland's Referendum

2. Get the Government we choose

The Tories are in power in the UK even when the majority of Scots has not chosen them. Scottish citizens are outnumbered ten to one. This means that whatever opposition party the Scots vote for in a UK General Election, it's highly unlikely that any Scottish Political Party can be part of a UK Government to represent Scotland's needs. With Boris in charge, the goals for Scotland to move towards a fair and harmonious society will diminish even further.
Find out more: Scotland's Referendum

Scotland's Oil reserves are vast. Most of the revenue and tax made from Oil goes directly to Westminster. There are claims that Scotland will be one of the wealthiest nations in Europe if we become independent.
Find out more: Yes Scotland and Oil of Scotland 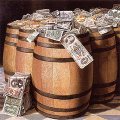 5. Scotland has the resources and finances

6. Believing in the creation of more jobs

With an ever rising energy and electricity demand in Europe, Scotland could be one of the global leading suppliers. Scotland has many natural resources that allow sustainable energy for which more jobs are created. Furthermore when Scotland becomes Independent, many centralized services and offices, like Tax Offices, DVLA etc have to be set up in Scotland. This will create many jobs and jobs provide an income, which is good for the economy and beneficial for us all.
Find out more: Scotland's Future and The Guardian 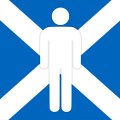 7. Believing in the benefits for Scotland and yourself as individual

Not only will there be more jobs, the future Government already has plans for creating better Healthcare and improve the situation for Pensioners and people with children. We'll keep the minimum wages, scrap the bedroom tax, etc.
Find out more: Scotland's Future and Yes Scotland

8. Believing in a more equal wages

The difference in wage in London compared to Scotland for example is huge. This gap is growing and with the current UK Government the richest only seem to get richer and the poor becoming poorer. With a smaller gap between the highest and lowest incomes, there will be less jealousy, greed and more happiness.
Find out more: Yes Scotland and Michael Meacher MP

9. Believing that Scotland and England have opposite Political and Social views

We love Scotland and we love England. Why should both countries suffer from having to compromise political decisions to please both sides? Let's respect each other and go our own way. In doing so, we'll become better friends and neighbours then we are ever going to be in a forced political marriage.
Find out more: The Independent and Scotland Votes

10. Understanding that NO may lead to changes for worse

Change is going to happen, whether you vote Yes or No for Scottish Independence. However by voting NO, you will have less control over the changes that are going to change, because the decisions are still made in Westminster. With Boris in charge there is a real threat that powers will be withdrawn from the Scottish Government or he may even decide to dissolve Holyrood.
So by voting NO, not only will things be changing, things might be changing for worse.
Find out more: Scotland's Referendum and The Southern Reporter