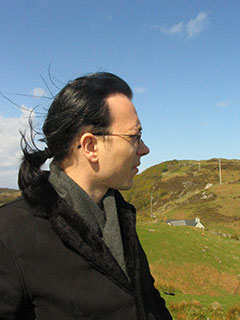 When Scottish people ask me, why my wife and I moved to Scotland, we always give more or less the same answer.

"We love Scotland and the first time we came over from The Netherlands it actually felt more like home than the Netherlands. Scotland is an extraordinary country with beautiful scenery, lovely people and a great history. It's also one of the few countries left in Europe where the rat race isn't at full pace. The people of Scotland have respect for each other, respect the environment and actually care for each other without expecting something in return.

I usually see the same response; a content smile, a sparkle of pride and a simple shrug. "Scots are proud, but they're so modest that they don't boast about it." Dutch people in general are just more opinionated and speak out loud, like me with this website!

If you're born Scottish you may not be aware of -or- appreciate everything this country has to offer. However many Scots that have lived abroad for a while, usually come back and fully understand what a great little country it is. You sometimes have to compare in order to know how lucky you are. I'm a Dutchman and may never be a 'true Scot', so I can still boast freely about how great Scotland really is. I've never been brought up with the lie that Scotland cannot do it alone or have been doctrine intro submission and I'm not intimidated by fear campaigns. If only others would feel the same way about Scotland too!

As an outsider I've never understood why England and Scotland have chosen to stay United after so many years of conflicts and struggles. Both countries have very different social and political views that seem impossible to combine without either of them having to compromise or sacrifice a lot. Don't get me wrong, I don't hate England or the English at all. I think the English have more in common with Dutch than with Scots. I believe an independent Scotland would be beneficial for both Scotland and England. Why not work better together as good friends and neighbours than continue to struggle in an unhappy political marriage in a Union, which only benefits England.