Top reasons against an Independent Scotland

'We cannae do it', is still the most common reason why people are against Scottish Independence. Unfortunately you cannot get further from the truth. In fact England would have major economic difficulties without Scotland and not vice-versa.

Like people in other countries under (former) British Imperialistic rule, the Scots have also been systematically been bullied into submission that has resulted in a huge inferiority complex and the 'we cannae do it' mentality. The media and Westminster have been preying on this mentality and used it extensively during their 'better together' Referendum campaign.

If Scotland is really so economically dependent on the rest of the UK and costs the UK more than it can provide, don't you find it strange the Westminster politicians are so desperate trying to keep Scotland in the union?

Shouldn't the Westminster politicians be the ones promoting that Scotland should leave the union, so they can invest their excess billions into the rest of the UK instead of a money draining Scotland? Perhaps there is another secret truth behind it, because altruism isn't Westminster's strongest characteristic.

In any case, there are still people with reasons against Scottish Independence that just don't make any sense. We've listed a few below:

Believing England and Scotland are better off together

Let's get a few facts straight. We're talking about a political separation of the UK, we're not leaving this island called Great Britain! And politically England and Scotland are complete opposites. If you want to have a fairer system, with more equality and prosperity, then perhaps its time to unleash Scotland's own political path and show the rest of the UK what a prosperous country should look like. 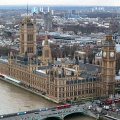 Happy with choices of government at Westminster

If you are a supported of the Tory Government or perhaps even happy with a more extreme right winged Government at Westminster in the future, then it's okay to be a unionist. You're probably one of the 1% wealthy that owns 99% of the country and also the 1% that actually benefits from a Tory government. All others not in this group should have a rethink about what the Tory party actually is doing for you and where all the money is going if not to you!

Scotland costs more than it generates

Does Scotland cost more than it generates? The UK Government is making everyone believe that Scottish people are financially worse off after independence. If this is true, why are they desperate to keep Scotland in the union even if they lose so much money? They should cheer for Scotland to become independent, so they don't have to spend it all on us.
Or could it because it's actually England who would suffer if the vast income and revenue from oil in the Scottish part of the North Sea is suddenly not flowing into Westminster anymore?

The threat of terrorist is almost a daily routine. But do we really know what's going on? We're already spending billions on CCTV and anti-terrorist measure and have given up human rights. In fact we're giving up more and more of our freedom and still we have these attacks. So, in the end we have less rights, less money to spend on education, welfare etc, and nothing has changed.
Don't you think we should stop interfering in other countries, so there is no need for terrorist to come and blow themselves up? How many terrorist attacks have there been in countries that are neutral, like Switzerland of Finland for example? None!

If you've voted against Scottish Independence at the last referendum, whatever your reason was, make sure you know the facts. Unfortunately 95% of the media has shown being biased in favour of the union. Of course they are, who wouldn't rather have 60 million potential buyers of your newspaper instead of 55 million?!